“I’m sick of all these conferences. I always say the same things again and again!”

The driver agrees: “You’re right. As your driver, I attended all conferences, and even though I don’t know anything about science, I could give the conference in your place.”

So they interchange their clothes and as soon as they arrive, the driver dressed like Einstein and goes on stage and starts giving the similar speech, while the real Einstein, dressed as the car driver, attends it.

The driver looks at him, straight in the eye, and says :

“Sir, your question is so easy to answer that I’m going to let my driver reply to it for me.” 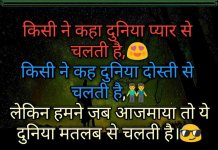 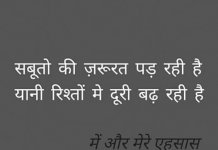 My Life My Rules

Be Positive and Stay Happy